To Design Great Products, Become a Student of Human Psychology 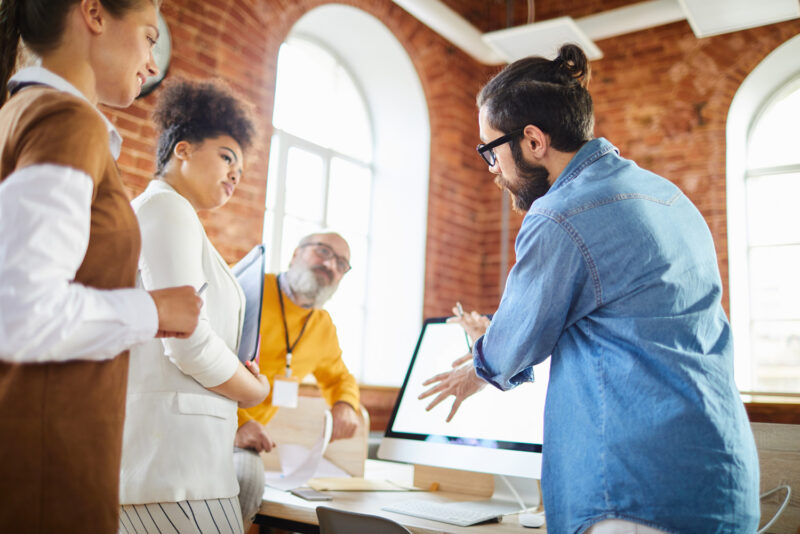 Stop obsessing over features and start thinking about your user’s needs.

Investing in technology companies is a privilege — I have the opportunity to meet people smarter than me, every day. Prior to this, I was building internet and software companies and managing teams of startups on the innovation frontier. I regularly spent time disseminating my learnings to founders building fledgling companies. While most of my advice is tailored to each business, I’ve codified some of my observations. The first of these centers around building products that resonate well with users.

1) Become a student of human psychology.

To launch a product that garners meaningful user adoption, you must understand the behaviors and motivations of your target customers. This sounds obvious but it’s not, and the difficulty of this step should not be underestimated. Much of what follows during product development will be repeated and adjusted, as a result of incorrect assumptions made in this stage.

Startups often assume that a product needs to be (re)invented to solve a problem — a common misconception that often results in an ill-conceived solution. However, disruption in and of itself is not a goal. The motivations for using an outdated product may have been different than the underlying premise driving a startup team to reinvent it. And when the management team misunderstands the problem, the team cannot create a product that adequately satisfies the user.

For example, Google tried to reinvent online social networking and messaging twice, using incorrect assumptions. Google Buzz competed with Facebook and Twitter by relying on existing customer information. Google Buzz users had their personal email publicly displayed, along with the five contacts they most frequently communicated with — a presumably proprietary data set that was pulled from the Google suite of apps. But customers didn’t want social networks to leverage primary use of their personal information, and outrage over privacy violations resulted in a lawsuit. Google shuttered the service less than two years after its introduction. As for Google Plus, millions have downloaded the app, but it has failed to upstage Facebook.

2) Discover the insight about what motivates people. Don’t confuse this product insight with product expression.

Tinder’s insight is not its swiping feature; that is an expression of the product. Tinder’s insight is its double-blind introduction model. This is how Tinder drives engagement. Today’s wireless generation has a nearly unlimited choice of apps at their disposal to make a friend or find a partner, but no other app has solved “social discovery” in such a scalable way. Relying on a double-blind approach to surfacing user profiles, Tinder “solves” social inhibition, radically lowering the activation energy required to engage another user. There is no fear in expressing interest or disinterest in someone, because that decision won’t be made apparent unless both parties have swiped right, confirming mutual interest. You can’t chat with someone until this has happened. And the simplicity of creating a profile allows a user to start swiping almost immediately after download.

The fact that Tinder’s product expression of swiping is delightfully well designed, is what I call a minimally viable product “plus” (MVP+). I call it “plus” because excellent product expression is just that — a “plus” rather than an insight. A product does not solely create value by asking users to embrace a clever user experience (UX); rather, it creates value by programmatically responding to human psychology. You don’t need that “plus” to release a minimum viable product, but well done product expression can result in increased adoption, as well as other apps parroting your design. This is what happened with Tinder in Hatch Labs. We only released MVP+ products in public beta.

Lastly, identify the method through which you will deliver your product insight. If the product insight can be expressed programmatically, then it can be delivered through software. In the case of Tinder, it was the understanding of the double-blind model on top of Facebook’s interest graph that allowed our team to deliver the solution programmatically through an app.

A common first-time, entrepreneurial misconception is that the bulk of the work has been completed upon building the minimally viable product (MVP). But as most serial entrepreneurs know, this isn’t the case. Startups can be described within a simplified framework of the scientific method. In an experiment, you posit a hypothesis and then you test it. A startup is similar — and introducing a startup to the market is the moment the entrepreneur begins testing the hypothesis underpinning the startup.

Though tech entrepreneurs are well versed with the concept of beta testing, little time often goes into constructing informative and representative tests. This process is critical to decode the underlying motivations that lead to widespread customer adoption and to understand product-market fit.

In 2015, Forbes claimed “90% of startups fail,” and in 2016, Quartz examined 200 startup post-mortems to amass the data that explains why. Five of the top ten stumbling blocks point directly toward a lack of testing. These include an unviable business model, lack of traction, product issues, no market need, and issues with customer development.

It’s best to build a beta and track your results. Here’s a simple eCommerce example. Let’s say you are selling widgets to customers and want to test willingness to pay. Rather than asking users if they’d like to buy your product, and only sinking money into assembling a survey that could reflect self-selection biases, construct a simple pre-order site to test product demand with a controlled marketing spend to drive traffic. The landing page can kindly notify users that the product is not ready for delivery and put them on a waitlist or offer a refund. Early results could provide invaluable insight about whether to proceed, pivot, or re-think the premise of the value proposition.

But there is no simple, one size fits all, solution. That is one of the many challenges of starting a company. This eCommerce example doesn’t apply to most software companies. Consequently, finding the right alpha tests and KPIs (key performance indicators), can be time consuming and expensive. Budget wisely. Fund your startup’s balance sheet adequately to course correct and test new hypotheses in response to market feedback signals. Pivots are not a sign of failure but a reflection of willingness to learn. If you account for pivots, you can spend your time unraveling customer motivations and productizing insights, not fundraising indefinitely.

To Design Great Products, Become a Student of Human Psychology was originally published in The Forecast on Medium, where people are continuing the conversation by highlighting and responding to this story.