Software Excellence For All: Our Investment in Split 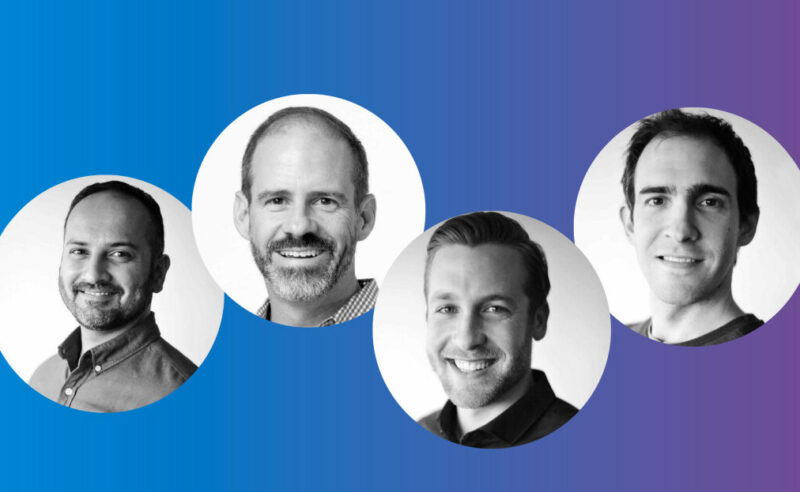 It’s no secret that advancements in software development have drastically accelerated the pace at which software is built and released. Distributed cloud architectures, heightened customer expectations, and changing regulations are all fueling the trend. According to DORA’s 2019 State of DevOps report, 55% of survey respondents are now deploying code to production at least once a week, a 28% increase from the year prior.

Moving fast and delivering new features is now the norm, but it also brings about new challenges. New code can break more easily in production without ample QA or testing. When code does run smoothly, it can be difficult to determine if a new feature had its intended effect with so many changes being released at the same time.

Enter Split: Split’s feature flagging and experimentation platform helps businesses deliver new software quickly and safely while measuring the impact of each new feature. By wrapping specific sections of code with a flag, teams can turn on or off specific features, or gradually roll features out to predetermined audiences. This reduces the blast radius of a faulty release while also decoupling a rollback from the infrastructure, freeing up DevOps teams to focus on more pressing items. Because feature flagging is difficult to manage at scale, we’re excited that Split has invested in enterprise capabilities to support large deployments within big companies.

Once companies successfully master feature flags for mitigating delivery risk, we see teams advancing to where Split really shines: using feature flags as a platform for product experimentation. By using feature flags to “split” traffic, Split’s software enables teams to try new features on small audiences while normalizing for other variables through a control group. With data integrations into tools such as Segment, Datadog, and Google Analytics, Split provides customers with real-time data on how each specific feature impacts business metrics such as engagement activity or conversion rates as well as reliability metrics (downtime, latency). We see this as the critical link connecting feature development to the latest trends in observability and uptime.

When we first met the Split team over a year ago, we were inspired by their vision to bring experimentation to a broader audience. Technology giants like Facebook, Microsoft, and Netflix have long used feature flags to experiment with new features but had built these tools internally. In fact, the Split founding team had built similar platforms internally at LinkedIn and RelateIQ (acquired by Salesforce) before embarking on their mission to found Split.

This year’s pandemic has only accelerated the importance of Split’s solution. Customer expectations are at an all-time high and many industries are being forced to interact with their customer through digital means. As a result, we’re seeing CIOs doubling down on digital transformation investments — a recent Morgan Stanley CIO survey in July found Digital Transformation was ranked as their number one priority, ahead of cloud computing or cybersecurity. Among Split’s customers, COVID-19 is driving a 40% MoM increase in feature flag usage since April and Split is now servicing 1 trillion flags a day.

Today we are very excited to announce that Comcast Ventures is leading the Series C in Split Software with participation from 01Advisors, M12 (Microsoft’s venture fund), Atlassian, and ServiceNow along with existing investors Accel and Lightspeed. We are big fans of co-founders Adil, Trevor, and Pato who built this solution internally at RelateIQ and are excited to welcome CEO Brian Bell who joined Split late last year and previously held CMO and GM roles at Zuora, Ping Identity, and CA Technologies. If you are interested in joining this world-class team, check out open positions here.

Split software joins a long list of enterprise software companies that Comcast Ventures has partnered with over the years including Slack, DocuSign, BigID, and FortressIQ. We believe our long history of enterprise software investments combined with the deep resources of our parent company Comcast NBCUniversal make us uniquely positioned to help Split succeed on its bold vision.

Welcome to the family, Split — we are so happy to be on this journey with you!

Software Excellence For All: Our Investment in Split was originally published in The Forecast on Medium, where people are continuing the conversation by highlighting and responding to this story.